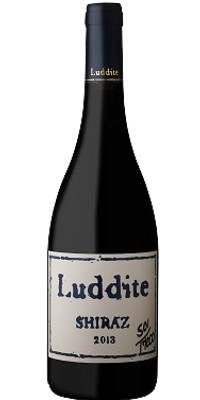 Some people describe Luddite Shiraz as Niels Verburg contained in a glass; Niels is six foot four and his smile is the embodiment of a warm embrace.

As a young winemaker traveling the world, Niels confirmed his love for Shiraz when working a harvest in Australia, but it was a winery in Chile that inspired his wine-making method. “It was as if I’d gone back 20 years; it was ramshackle and chaotic, but they had great fruit and passion and I’d never seen that quality of wine”, he explains.

“The nitty gritty of good winemaking is to have good grapes, good yeast and good barrels,” says Niels. “Being hi-tech and cutting edge isn’t important to me. When you go into a winery and see the centrifuges and reverse osmosis, it’s like going into the kitchen of a top restaurant and seeing a microwave, you think “Hey, that’s not right!”’

Luddite Shiraz 2000 was the Luddite’s first vintage. “There’s been an improvement every year,” says Niels. “The ultimate goal would be a perfect wine, but of course that doesn’t exist.” 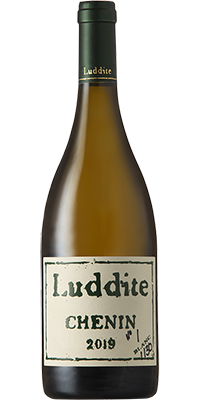 Chenin Blanc is a grape close to the Luddites’ heart, so they couldn’t resist making their own. Luddite Chenin 2012 was their first vintage.

The Luddite Chenin is a real ‘push the boat out’ wine. Niels wanted to express the nature of Chenin Blanc in the Bot River area, and batches of free run juice and pressed juice were put in barrels without settling and allowed to ferment naturally. He also did a batch of fermentation on skins with regular punch downs.

Old barrels allowed the natural grape expression to come through, and no sulphur was added to allow the wine to develop its own characteristics without any intervention. The Luddites feel by doing this they have allowed the wine to express exactly the direction it wanted to go. 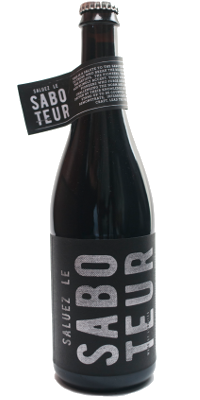 2009 was the maiden vintage of the Saboteur Red. This was an exciting year for the Luddites. It was the year they used their own cellar for the first time and the first year that all the grapes were sourced from the Bot River valley. It was also the first time that a new wine was bottled to join the Luddite Shiraz.

With the Saboteur Red, the style is unashamedly new world where we are going for crunchy, juicy fruit balanced by vibrant tannins. This contrasts nicely with the Luddite Shiraz which is more classic in style. The red blend will always be Shiraz driven with a Rhone slant. What makes it different is that our Cabernet Sauvignon is too damn good to leave out! It only spends one year in barrel with sexy wooding and is released soon after bottling.

The buzz word for us is balance and therefore the blend percentages will change depending on the vintage. It will always contain Shiraz, Mourvédre and, hopefully in the future, some Grenache Noir. The fruit is sourced from Bot River and neighbouring wine regions making a wine of origin Cape South Coast. 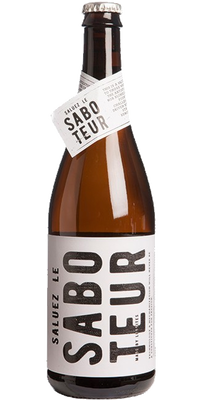 2015 was the maiden vintage of the Saboteur White blend, created to partner the successful Saboteur Red blend.

Niels set out to make a white blend that was both serious and refreshing. It’s a Chenin Blanc based blend with different percentages of Viognier and Blanc Fumé, depending on the vintage. And it turns out that this new wine, with its new closure and new packaging, was an excellent tribute to the Saboteurs…it sold out within 3 days.

The grapes for the Saboteur range are sourced from Bot River and the neighbouring wine regions, making it a wine of origin Cape South Coast. Although the blends varied in 2016 and 2017, the vintages have lived up to the precedent set by the maiden vintage and have received great reviews (and excellent sales!).

Drink them and be inspired!